What Are The Public Ivies?

Everyone knows about the Ivy League. The education quality of these schools is world-famous, as is the price tag associated with obtaining it.

There is a group of public universities known to insiders for providing Ivy-level education at public school pricing. These schools are known as ‘the Public Ivies’.

If you’re looking for comprehensive test prep, then be sure to check out our various SAT and ACT prep course options.

What exactly is a ‘Public Ivy’?

The term ‘Public Ivy’ was originally coined by author Richard Moll in his 1985 book, Public Ivies: A Guide to America’s best public undergraduate colleges and universities.

At the basic level, a Public Ivy should:

For students that have great high school grades but may not have families easily able to afford to send them to a Harvard or Yale, a Public Ivy is worth checking out.

The list itself has changed over time but let’s look at the original 1985 list to give you an idea of the institutions considered Public Ivies.

According to Moll, here are the original ‘Public Ivies’ to consider:

Besides that original “official” selection, Moll also provided readers with his runners-up list, schools that may not have matched his full criteria but are worthy of consideration nonetheless:

Moll’s original book included nearly 20 schools as both official and runner-up Public Ivies, but the list doesn’t stop there.

In 2001, authors Howard and Matthew Greene of the eponymous Greene’s Guides published their own book titled The Public Ivies: America’s Flagship Public Universities.

The Greene’s list was comprised of more schools, 30 in total, broken up by various US regions:

As one can see, the list has expanded over time but its purpose remains the same – keeping parents and students informed of the best places to go on a public budget. However, there is a catch that you need to be aware of before applying. The catch is residency.

You’ll save considerable money if you become a resident of the state your school resides in.

Private universities charge all students the same tuition fees across the board normally. Public universities, on the other hand, provide a serious break in tuition fees.

However, in order to get that reduced rate, a student needs to be an in-state resident. Why? Because a portion of that tuition bill is covered by the state’s tax revenue.

However, if you are attending a school from out of state, then you have to pay the amount of money that tax money would otherwise cover. Every public university’s financial aid website provides the cost of attendance for incoming freshmen.

If you plan on attending a Public Ivy but don’t want the extra costs, then look into establishing residency. It will take some work, but the savings you’ll receive will be worth the time and effort.

If you’re a student-athlete, then definitely consider attending a Public Ivy.

If you are a student-athlete, then your chances of getting a great Public Ivy education are great. Unlike the Ivy League, which prides itself on not issuing athletic scholarships to students, the Public Ivies reward student athletics.

Many of them participate in the major intercollegiate sports conferences and actively recruit students with scholarships. Another reason for the heavy athletic participation is that many of these schools use the profits from their lucrative programs to fund entire athletic departments.

To get those wins, they need the best student talent, which means offering up scholarships appealing enough to those young men and women.

How Prep Expert Can Help

If getting into a Public Ivy is a goal, then learn how Prep Expert can help you achieve it.

Remember though that where you go to an Ivy League, Public Ivy, or community college, a single school alone does not define who you are or your future. If you work hard and focus, then you will undoubtedly end up in a school that’s the right fit for you, no matter its prestige.

If you need to improve your scholarship or financial aid prospects, by increasing your GPA or standardized test scores, then seriously consider signing up for a Prep Expert SAT or ACT course.

We offer students live online, self-paced video, and in-person classes throughout the year. Our expert teachers and tutors not only share with tried and true methods for improving your score but also help you correct any subject deficiencies that you’re having difficulty with.

Moreover, if you need help with other similar tests such as SAT Subject or Advanced Placement exams, we have specific tutoring packages available too. Whether you excel on learning in a class setting or require one on one guidance, we have the staff available to help when needed.

We have helped hundreds of students achieve the scores they need to attend their dream schools and start the rest of their lives.

Where does the term ‘Public Ivy’ come from?

The term ‘Public Ivy’ was originally coined by author Richard Moll in his 1985 book, Public Ivies: A Guide to America’s best public undergraduate colleges and universities.

What does ‘Public Ivy’ mean?

The term indicates a public university that delivers an Ivy League-level education.

Which schools are ‘Public Ivies’?

Who should be looking at going to a Public Ivy?

Students that have great high school grades but may not be easily able to afford to go to Ivy League schools. 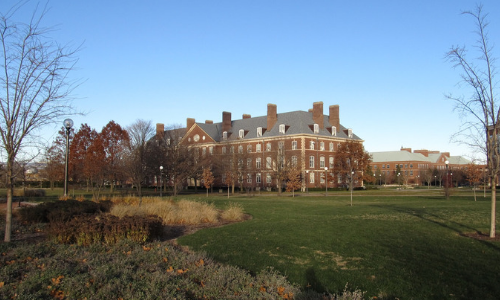 Article Name
What Are The Public Ivies?
Description
There is a group of public universities known to insiders for providing an Ivy-level education at public school pricing. These institutions are known as ‘the Public Ivies’.
Author
Todd Konrad
Publisher Name
Prep Expert
Publisher Logo