The College Board, in an attempt to level the playing field among students, is rolling out its new “adversity score” nation-wide.

The new SAT adversity score provides colleges and universities with information to evaluate applicants from underprivileged backgrounds. There is still room for improvement though.

While reading this post, don’t forget to check out our various SAT prep and ACT prep options afterward. 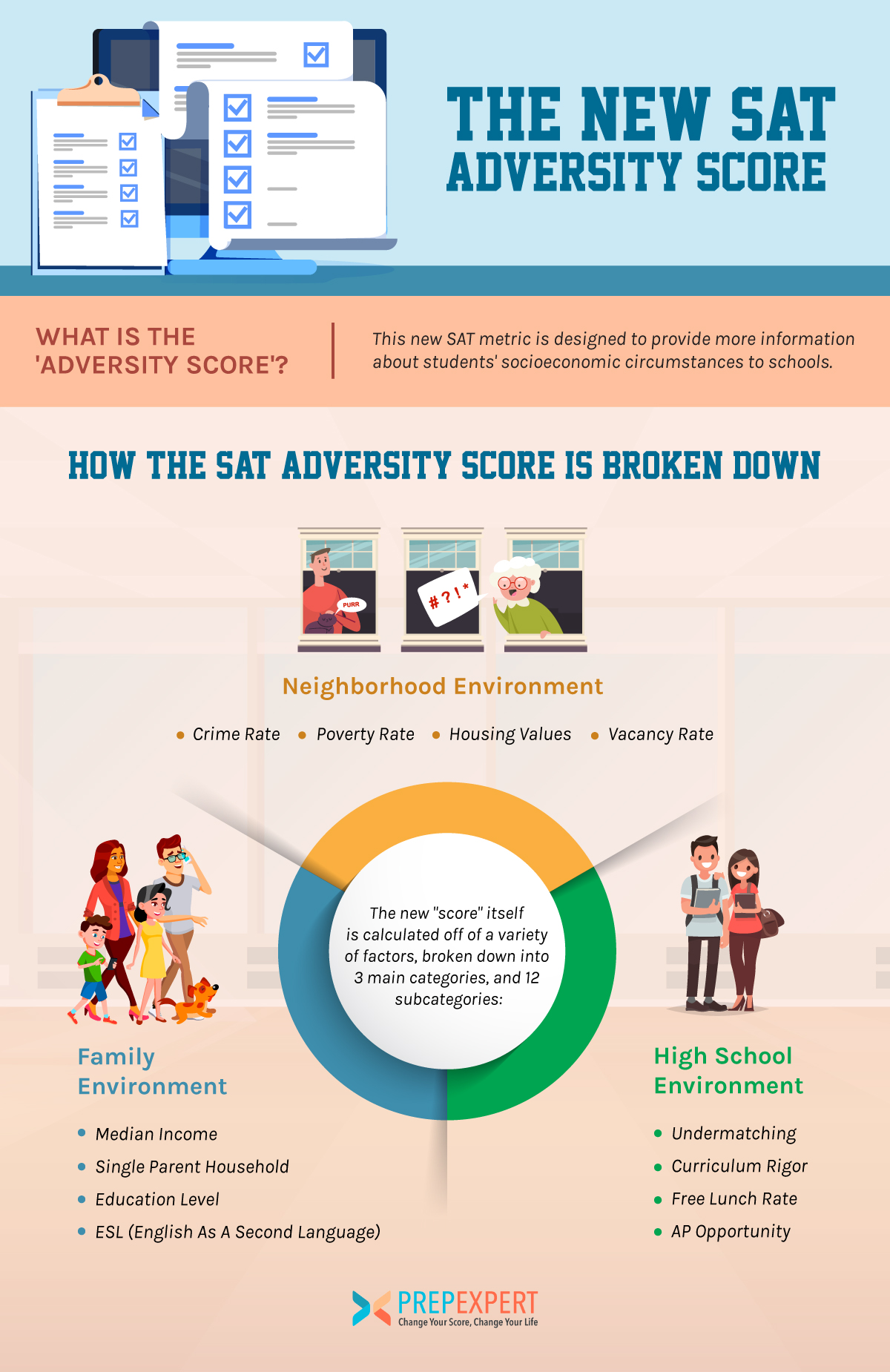 What Is The ‘Adversity Score’?

This new SAT metric is designed to provide more information about students’ social and economic circumstances to schools.

50 schools used the new score system as part of a beta test last year. The College Board is now folding in an additional 150 schools with access to the information. Yale University was a part of the beta test and, according to reports, doubled their low-income student admissions.

It is important to note that this project began before the recent college admissions scandal, which has rocked the educational community.

Reports of Hollywood celebrities paying people to take the SAT for their kids cast a long shadow on the college admissions system.

For parents and students angry at the perceived imbalance in the system, in favor of the rich, this new score theoretically sets things straight.

How The SAT Adversity Score Is Broken Down

The new “score” itself is calculated off of a variety of factors, broken down into 3 main categories, and 5 subcategories:

Factoring these variables together on a scale from 1 to 100 determines the final score. A score of 50 is considered “average“. Any score above 50 is deemed as “hardship” while anything below 50 is considered “privilege“.

The score’s official name is the “Overall Disadvantage Level“. It will appear alongside a student’s regular SAT scores in the new “Environmental Context Dashboard” section.

The College Board’s position basically is now schools have more tools to create balanced, diversified classes based on academic achievement and social upbringing. Again, in light of the college admissions scandal, the timing of this development could not be more pertinent to the system.

A Good Start With Room For Improvement

However, as news of this score hits the public, there are already criticisms of it to consider.

First, there are worries about ignoring student achievements and the holistic approach. Critics think that will be ignored in favor of basic data points. Individuality is at risk in favor of hitting quotas instead.

Second, two factors that the score does not address at all are:

The College Board has done everything it can to avoid those factors. Unfortunately, this accidental oversight could further weaken admitting diverse classes at major institutions.

The concept behind the SAT adversity score makes sense while attempting to level the playing field. But concerns that its good intentions could be used for ill are real.